We slept like baby the first night! It was cold but not too much. I used a thin liner inside the four season sleeping bag that was given to us. 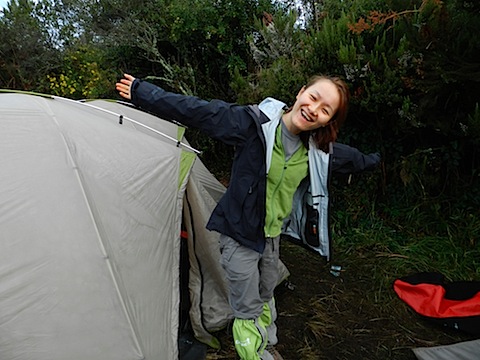 Hot water was ready for washing.

Look that peak covered by snow. That’s the Uhuru peak that we’re aiming!

a closer look. It seems unreachable and cold 👿

As you can see, the terrain is not flat but the sleeping mattress did the trick! Nobody had sleeping problem! 😉 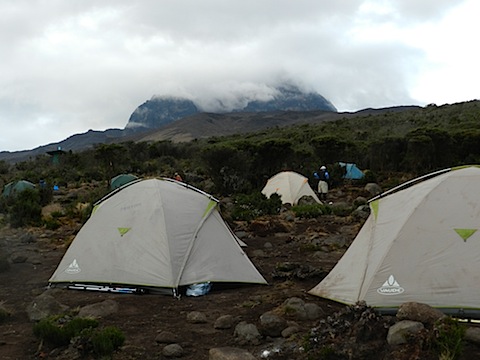 Right before breakfast we had the formal presentation of the crew. Each of the 32 people presented himself, his name and his role on this trip. 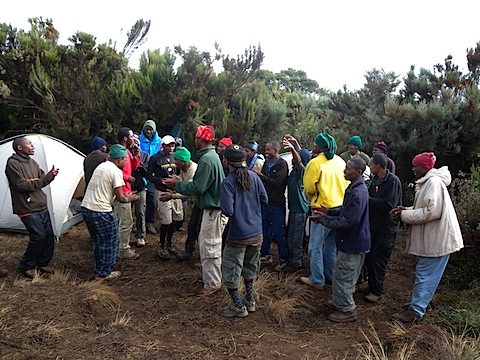 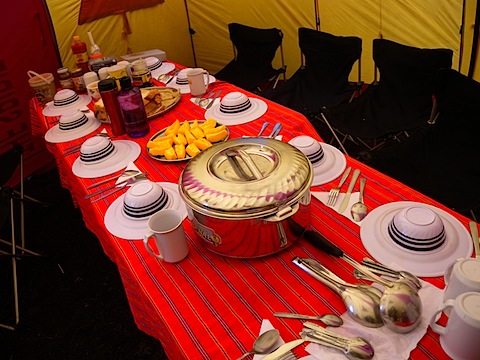 We had omelette, cucumber, crepes, bread with jam/honey/PB and sausages

We fueled properly for our second day, a long one!

After the breakfast we got ready to start the hike.

Each of us had a porter who takes care of our luggage, sleeping bag, mattress and tent. They would come to pack for us. We didn’t have to worry about ANYTHING!!!

stops were more needed that day because of the hard to walk path and that we were gaining altitude.

The hike is a steady ascent up to the Second Cave with superb views of Kibo and the Eastern ice fields on the crater rim.

It was a long, steep and rocky path. We were exhausted when I arrived our camp (Kikelewa) 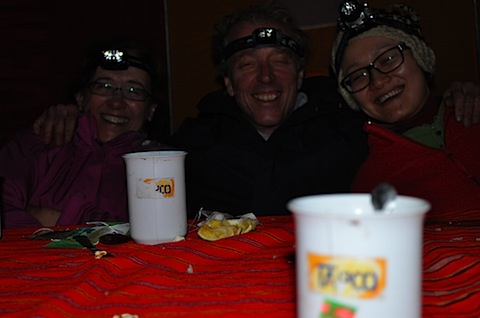 A side note. You might wonder, during the hike, what do we do when we need to go to toilets? Well, you have two options: bush or rock! And this option is only available on the 2nd and 3rd day. After 3rd day, only rock! 😆 At first, we were very skeptical about going to the bushes. But we had no options since we were drinking 3-4 liters a day to help with the high altitude sickness. For the first few trips we were cautious, look for the right bush, double checking if anyone can see us and rushing back to the group as soon as we finish the business. However, on the second day we completely lost any inhibitions. Going to the bush became our natural instinct! In fact, on the second night, when I woke up to go to the toilet, Sarah opted to go to the bush instead. 😉

And when we are at camp, we have a “private 5 star flushing toilet”!

a man who takes care of the toilet

and the flushing toilet 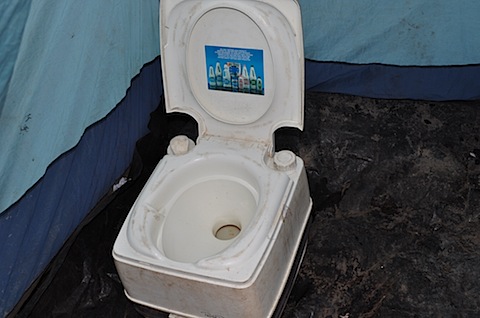